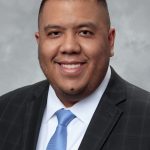 Dan is a former Assistant Attorney General advisor and litigator with over five years at the Attorney General’s Office with the last three years in the Labor and Industries Division.  Dan has tried numerous cases and brings his extensive experience in the courtroom to Helsell Fetterman.   While at the Attorney General’s Office he was awarded the Collegiality Coin, the AG Service Coin and for two consecutive years was awarded the Excellence Award for outstanding legal work, dedication to the mission and values of the AGO, and contributions to the legal community.

Dan graduated from Seattle University School of Law in 2015.  While in law school, he was a Judicial Extern to Washington State Supreme Court Justice Charles Wiggins, a Mosaic Taiwan Fellow of the Ministry of Foreign Affairs for the Republic of China (Taiwan), and an Archbishop Hunthausen Most Outstanding Graduate Award recipient from Seattle University.  He was also a member of the Student Bar Association, Black Law Student Association, and the Asian Pacific Islander Association. Prior to law school, he attended the University of Wyoming and graduated in 2012 with a B.A. in Political Science.

Following law school, Dan was a legal intern for United States Congresswoman Cynthia Lummis.  Dan was also the part of the initial bargaining team of the Association of Washington Assistant Attorneys General Local 5297 and served as its first president from 2020 until 2021.