Dave led a team of Helsell attorneys in successfully challenging the validity of financing agreements for the construction of two failed nuclear power plant projects by the Washington Public Power Supply System (WPPSS), saving 88 electric utilities in the Pacific Northwest from having to pay over $7 billion in “dry hole” debt service on municipal bonds issued by WPPSS for those projects. The invalidation of the financing agreements led to a massive bond default by WPPSS. Thereafter, Dave was lead counsel for 18 Pacific Northwest electric utilities, and related parties, in more than twenty consolidated nationwide class actions known as “In re Washington Public Power Supply System Securities Litigation,” widely regarded as one of the largest, most complex securities fraud cases in U.S. history.

Dave successfully defended a government contractor in major state and federal “whistle-blower” litigation and has served as court-appointed liaison counsel for all defendants in consolidated actions, known as “In re Hanford Nuclear Reservation Litigation,” brought on behalf of various classes of persons living in wide areas of Washington, Oregon and Idaho arising from alleged releases into the environment of radioactive and non-radioactive toxic substances from Hanford operations since the early days of the World War II’s Manhattan Project. Dave also represented a federal contractor in product liability litigation involving claims for hundreds of millions of dollars in damages for radioactive contamination of a commercial irradiation plant in Georgia and the shutdown of similar operations in Colorado, resulting from the leak of a nuclear waste storage capsule containing a radioactive byproduct from the manufacture of plutonium used in nuclear weapons. The case resulted in a complete dismissal, during trial, of all claims against Dave’s client.

More recently, Dave has led a team of Helsell attorneys in a number of class actions on behalf of utility ratepayers challenging financial and accounting practices of the City of Seattle, Seattle City Light and Seattle Public Utilities. One of these challenges was to the City’s decision to shift the cost of public street lighting from the City’s general fund to utility ratepayers. Following a successful appeal to the Washington Supreme Court, the ratepayers won a $25 million judgment against the City, resulting in substantial refunds to hundreds of thousands of current and former City Light ratepayers. Other claims, involving challenges to utility funding for fire hydrants, for reducing third parties’ greenhouse gas emissions, and for various other city services, have resulted in many millions of dollars of additional refunds and cost savings for utility ratepayers.

Dave has litigated multi-million dollar officers’ and directors’ liability insurance coverage disputes in federal courts in Kansas, Minnesota, Wisconsin and Oregon; construction and airplane crash cases in Alaska; claims over defective shipyard cranes in Mississippi; and many class actions and other major disputes in Washington.

Dave is experienced in methods of alternative dispute resolution and has served as arbitrator, mediator and special master.)

Dave was born in Gary, Indiana in 1946. His family moved to a small farm in northwest Indiana in 1956. Following his 1963 graduation from Portage High School in Portage, Indiana, he attended college at Harvard and later law school at Columbia. While in law school he became an officer in the U.S. Marine Corps. Dave was with the Wall Street law firm of Milbank, Tweed, Hadley & McCloy in New York before joining Helsell Fetterman in 1974. He has been a partner at Helsell Fetterman since 1978. 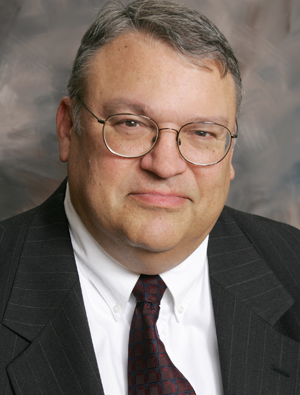 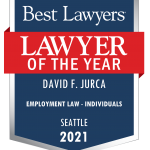